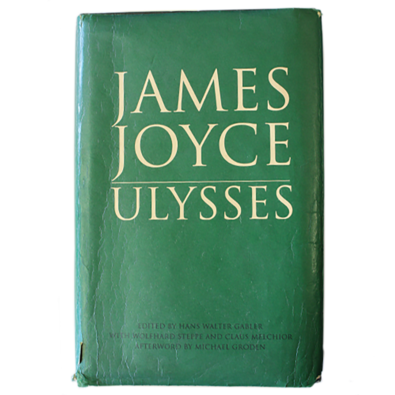 “This year marks the 100th anniversary of the first appearance of James Joyce’s Ulysses—it was first serialized in The Little Review between March 1918 and December 1920—and today is the 96th anniversary of its very first publication in book form, by Sylvia Beach. It’s also Joyce’s birthday, by the way, and no—that isn’t a coincidence.”

Among Emily Temple’s packed assortment of tasty quotes ‘for and against’ Ulysses, here is Vladimir Nabokov:

“Ulysses, of course, is a divine work of art and will live on despite the academic nonentities who turn it into a collection of symbols or Greek myths. I once gave a student a C-minus, or perhaps a D-plus, just for applying to its chapters the titles borrowed from Homer while not even noticing the comings and goings of the man in the brown mackintosh. He didn’t even know who the man in the brown mackintosh was. Oh, yes, let people compare me to Joyce by all means, but my English is pat ball to Joyce’s champion game.”

“Ulysses is certainly the greatest novel in the English language, and one might argue for its being the greatest single work of art in our tradition. How significant, then, and how teasing, that this masterwork should be a comedy and that its creator should have explicitly valued the comic “vision” over the tragic.”

“It gives me an inferiority complex. When I read a book like that and then come back to my own work, I feel like a eunuch who has taken a course in voice production and can pass himself off fairly well as a bass or a baritone, but if you listen closely you can hear the good old squeak just the same as ever.”

I was 16 or 17 when I took my first bite at Ulysses, and I’m still slavering and drooling my way through it today.  Then, if I recall right, I retired early in the fifth, ‘Lotus Eaters,’ episode.  But it was enough to start. I was hooked, I knew I would return:

“MR LEOPOLD BLOOM ATE WITH RELISH THE INNER ORGANS OF BEASTS and fowls. He liked thick giblet soup, nutty gizzards, a stuffed roast heart, liver slices fried with crustcrumbs, fried hencod's roes. Most of all he liked grilled mutton kidneys which gave to his palate a fine tang of faintly scented urine.

Kidneys were in his mind as he moved about the kitchen softly, righting her breakfast things on the humpy tray. Gelid light and air were in the kitchen but out of doors gentle summer morning everywhere…

The cat walked stiffly round a leg of the table with tail on high...

Mr Bloom watched curiously, kindly, the lithe black form. Clean to see: the gloss of her sleek hide, the white button under the butt of her tail, the green flashing eyes. He bent down to her, his hands on his knees.

She blinked up out of her avid shameclosing eyes, mewing plaintively and long, showing him her milkwhite teeth. He watched the dark eyeslits narrowing with greed till her eyes were green stones. Then he went to the dresser, took the jug Hanlon's milkman had just filled for him, poured warmbubbled milk on a saucer and set it slowly on the floor.

That is one cat which, once she has entered, will never leave your head. Mrkrgnao!

He looked down intently into a stone crypt. Some animal. Wait. There he goes.

An obese grey rat toddled along the side of the crypt, moving the pebbles. An old stager: greatgrandfather: he knows the ropes. The grey alive crushed itself in under the plinth, wriggled itself in under it. Good hidingplace for treasure.

Who lives there? Are laid the remains of Robert Emery. Robert Emmet was buried here by torchlight, wasn't he? Making his rounds.

One of those chaps would make short work of a fellow. Pick the bones clean no matter who it was. Ordinary meat for them.”

And there is a rat you’ll never forget, to join the cat.

After another ten years, I had another go, but again reached only to the same destination, Hades.

But now, on my latest launch, I’m past episode eleven, ‘Sirens,’ and, like great-hearted Ulysses, foresee reaching the longed-for destination, episode 18, ‘Penelope,’ in a year or two. 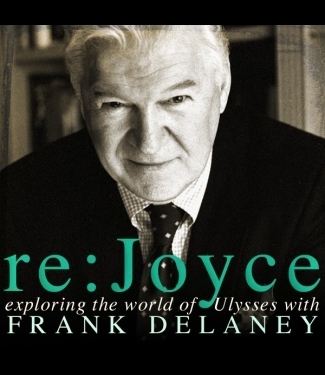 My inspiration is Frank Delaney, the Irish man of letters and Joyce enthusiast, whose amazingly rich line-by-line podcast explication of Ulysses I began to follow two or three years ago.  Delaney started his weekly and sometimes bi-weekly ‘Re-Joyce’ podcast on ‘Bloomsday,’ June 16, 2010, and had reached a little over one-third of the way – episode 10, ‘The Wandering Rocks’ – at the time of his untimely death, in February 2017.  It was a joy to hear. Each week the man would dig into just one or two paragraphs of Ulysses and haul out treasures of allusion and reference across much of Western culture, sprint off down digressive sidetracks, then scurry back to try and stay on schedule.  In these several hundred podcasts, week by week, Delaney constructed upon the internet something that is itself a mighty cultural object, worthy of the great novel around which it builds.

Here is Delaney’s podcast on the first three sentences of the lyrical ‘Proteus’ episode of Ulysses, when young Stephen Daedelus is walking along Dublin’s Sandymount Beach, which read:

“INELUCTABLE MODALITY OF THE VISIBLE: AT LEAST THAT IF NO MORE, thought through my eyes. Signatures of all things I am here to read, seaspawn and seawrack, the nearing tide, that rusty boot. Snotgreen, bluesilver, rust: coloured signs.”